Catching up with the French wonderkid I wrote about last year. Jean-Clair Todibo @jctodibo was recently loaned by @fcbarcelona to @s04 for €1.5 m. Schalke will have an option to purchase the outstanding central defender, regarded as one of the best up and coming players at his position in Europe. More on this - 👉link in bio to Russo Soccer. ⚽️ #transfer #russosoccer #barcelona #laliga #schalke #bundesliga #gelsenkirchen #france
Sporting Director Paul McDonough, Diego Alonso, the head coach for Inter Miami CF and Managing owner Jorge Mas pose for a photo during a press conference to formally introduce Alonso to members of the media on Wednesday January 22, 2020. @russosoccer @intermiamihoy #communications #media #soccerbusiness #intermiamicf #news #pressconference #miami #fortlauderdale #mls #rosanegro #qatar @davidbeckham @marceloclaure #davidbeckham
New head coach Diego Alonso is in Miami and ready to begin preseason training with the squad. . This came after his application for a work visa, in this case an O-1A, was approved by USCIS. While waiting for this visa he was unable to begin working in the United States. . . #fútbol #soccer #futebol #InterMiamiCF #immigrationlaw #russolawandsoccer #russosoccer #legal #soccerbusiness #visa #rosanegro #southbeach #Miami #FortLauderdale #SoFla @davidbeckham @marceloclaure
As the Miami FC begin preparations for the 2020 USL Championship, over the past several days thirteen additional players have confirmed their return to the club for the upcoming campaign. Find out more - link in bio. #miamifc #uslchampionship #2020 #miami #heartofmiami #playersignings #roster #miami #russosoccer #soccerbusiness #futbol #jugadores @themiamifc
Fútbol Manager 2020 ⚽️ Inter Miami confirm Diego Alonso as first manager in club history. . Story here 👀 https://kennethrusso.com/2019/12/30/inter-miami-cf-name-first-manager-in-club-history/ . . #intermiamicf #mls #headcoach #manager #directortécico #MiamiMLS #miami #fortlauderdale #rosanegro @DavidBeckham #davidbeckham #russosoccer #soccerbusiness #communications #contracts
"Mucho ruido y poco clásico" #elclasico #campnou #empatea0 Not much to talk about as the always anticipated #Barcelona - #RealMadrid matchup fell far short of expectations. With a front three of #Messi #griezmann and #suarez fans are right to expect more and a #blaugrana victory was the minimum expected. #liga

Loaned to Schalke 04 from Barcelona for remainder of 2019-20 season.

Barcelona announced on Wednesday Jan 15 they have agreed a deal to loan defender Jean-Clair Todibo to Schalke for the rest of the 2019-20 season for a fee of €1.5 million:

The 20-year-old arrived at the Camp Nou in January 2019 on a free transfer from Toulouse but has only managed five first-team appearances for the club.

Schalke have confirmed Todibo will take the No. 21 shirt at the Bundesliga club.

Manager David Wagner explained why they had moved to bring in the youngster, per the club’s official website:

We said during the training camp in Spain that we would only be active in the market if something opened up that would help us. That’s definitely the case for Jean-Clair Todibo, who is one of the best young central defenders in Europe. Since Benjamin Stambouli’s recovery is taking a little longer than we had all hoped, it makes sense to bring in another central defender. He can also play in defensive midfield. We will all do our best to support him in the development of his clear potential. We’re looking forward to having him.”

This season, 2019-20, the young Frenchman has managed three appearances for Barca. Despite the limited number of minutes on the pitch, Todibo received good marks for his performance against Inter Milan in the UEFA Champions League. He played all 90 minutes of Barça’s 2-1 win at the San Siro and was praised for his handling of Nerazzurri striker Lautaro Martinez:

The biggest reason why Todibo had such limited time is that the 20-year-old was behind Gerard Pique, Clement Lenglet and Samuel Umtiti at central defender in the Blaugrana roster. He needs more playing time and against a higher level of competition, and thus is hoping he can secure more game time at Schalke.

Todibo missed Barcelona’s first three games of this season with a leg injury. Thereafter, Ernesto Valverde left him on the bench. He played four minutes in a 2-0 away win at Getafe and 73 minutes in the 4-0 win over Sevilla in matchday 8 on October 6, 2019. He then was not named to the squad for all of the remaining fall matches, save for the full game played against Inter Milan.

Todibo offered his thoughts after sealing a switch to the Bundesliga side, who are currently in fifth place in the table.

“The club’s management convinced me of their project, seeking success with young players,” he said. “That’s why I chose to join Schalke 04.”

Todibo’s departure could mean new Barca manager Quique Setien opts to promote Ronald Araujo to the first-team squad from Barcelona B. The Uruguayan made his Barcelona debut in October’s 4-0 win over Sevilla. He replaced Todibo after 73 minutes but was then sent off in the closing stages for bringing down Javier “Chicharito” Hernandez.

So far in Gelsenkirchen, Todibo has been named to the squad but remained on the bench for Schalke’s two games played so far in January: both wins, 2-0 at home to Borussia Mönchengladbach and a shocking 5-0 away win at Bayern München.

The matchups in the round of thirty-two of the 2020 Copa del Rey in Spain.

Ibiza will the Barcelona’s opponent in the round of 32 of the Copa del Rey on Wednesday, February 22, at either 19:00 or 21:00. Per the revised format, this will be a one-match tie which will decide who goes to the last sixteen in the tournament. It’s the first-ever meeting between the two clubs. The game will take place at the Can Misses stadium (pictured), a tiny stadium with 4,500 seats and artificial surface.

The Ibiza side currently are in third place in Group 1 of the Segunda B (the Spanish third division), and sit in a playoff position just five points from the leaders, Atletico de Madrid B. Ibiza is coached by an ex-Barcelona player, Pablo Alfaro, who himself played alongside Barcelona manager Quique Setién at Racing Santander from 1993 to 1995. The club’s biggest threat on the attack is Ángel Rodado, who has tallied 12 goals in 19 mathces in the league and another in the elimination rounds of the Copa del Rey thus far.

This is Barcelona’s first game in this year’s edition of the Copa del Rey, and it will come after this weekend’s game at the Camp Nou (Jan. 19 at 21:00) versus CF Granada in Setien’s debut as manager of the Blaugrana. After the Copa del Rey tie in Ibiza, Barcelona will play away at Valencia CF in the Estadio Mestalla on January 25th at 16:00.

Sevilla, Athletic Bilbao and Villarreal were among clubs who progressed to the last 32 of the 2019/20 Copa del Rey. Other members of La Liga who made it through included Real Sociedad and Celta Vigo.

There was also safe passage for some teams from the lower leagues, including UD Ibiza, who will now face mighty FC Barcelona. Ibiza advanced after overcoming Albacete on penalties Saturday. Sunday saw Unionistas de Salmanca CF also win a shootout to get past Deportivo La Coruña.

_Data Presented by Reason Why from Deloitte

Arsène Wenger analysed Barcelona for BeIN Sports for the midweek UEFA Champions League match versus Slavia Prague. He maintains that Barça play like a “team in crisis.”

The reigning La Liga champions were stunned on Tuesday night after they were unable to break the deadlock against Slavia Prague and were held to a 0-0 draw at the Camp Nou.

“Their game is too slow. There is no dynamic in the last 30 meters, it’s too individual.

“And every time they lose the ball, it looks like they will concede a goal on [the] counterattack because they cannot deal with pace against the opponent… the team lacks dynamic, lacks energy, lacks confidence.”

It was the first time since 2012 that Barcelona captain Lionel Messi failed to score in a home Champions League group game. He came close, striking the bar in a superb solo effort.

Wenger agrees with my own opinion that Barcelona are far too reliant on the Argentine superstar. He echoed that in discussing the Culés’ failure to make the breakthrough against Slavia Prague.

“Barcelona is an interesting case because they have a history of fantastic collective play, and on top of that, came Messi to make differences,” the 70-year-old explained.

“Today, it looks like they play and they wait for Messi to do something, but the basic strengths of the team play is a bit gone. And you think, when will Messi get the ball to do something?”

“And before, the music, the basic music, was the fantastic team play, making it difficult to catch the ball, and then on top of that came Messi.

“Today, it looks to me that they lost charisma.”

Wenger continued his brutal assessment of Barca’s performance with a stat comparison for ‘distance covered’ in the match.

Barcelona managed to cover 97 km in comparison to Slavia Prague’s 109 km, with the Frenchman saying it was the equivalent of 84 box-to-box runs.

He added: “Barcelona was beaten tonight really, physically, and then, not enough pace.”

While critical of Barça manager Ernesto Valverde, he was careful not to blame him entirely. “At the end, it’s always the coach who is guilty, he’s not always responsible,” he said. “There’s a difference between being guilty and responsible, you know?”

“As we said, Valverde does not make the decision on who comes in. He has to do the best with what he has.”

“So, what we speak about raises many questions: who has the final word when you buy a player? Secondly, is this really the player that the team needs?”

Fútbol Club Barcelona will be releasing its own in-house documentary that will take viewers behind the scenes.

This follows other clubs who have produced documentaries, such as Netflix’ work with Juventus and Amazon’s work with Manchester City, Borussia Dortmund and Leeds United.

The Blaugrana version will be an eight-episode documentary each consisting of 45 minutes that focus around eight key games from the 2018-19 season. The exclusive content features dressing room footage, the players’ reactions to last season’s shocking defeat to Liverpool, interviews, and a glimpse into the players’ home lives. Actor John Malkovich provides the narration. 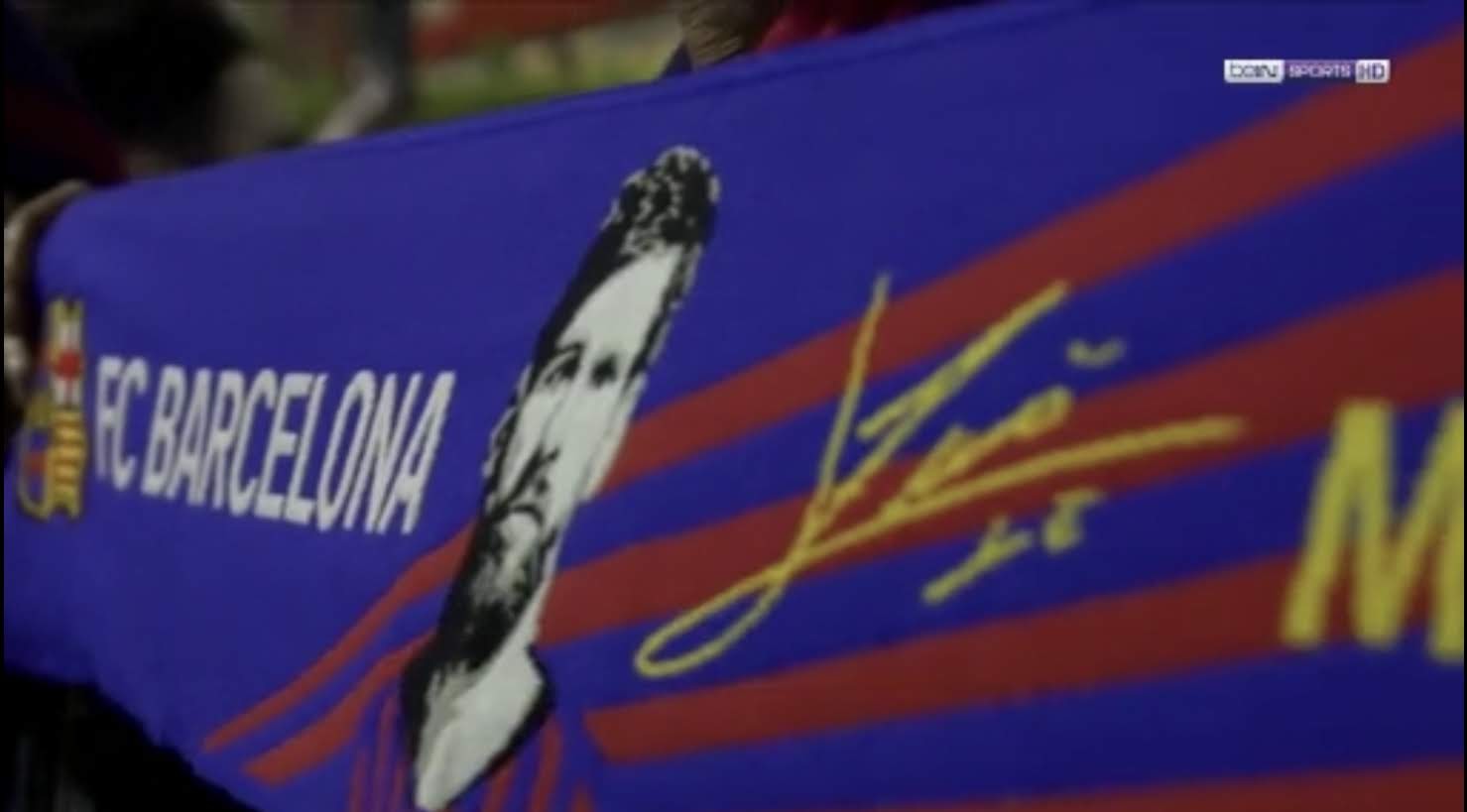 It is definitely a not-to-be-missed series.

Here is the trailer for the project: 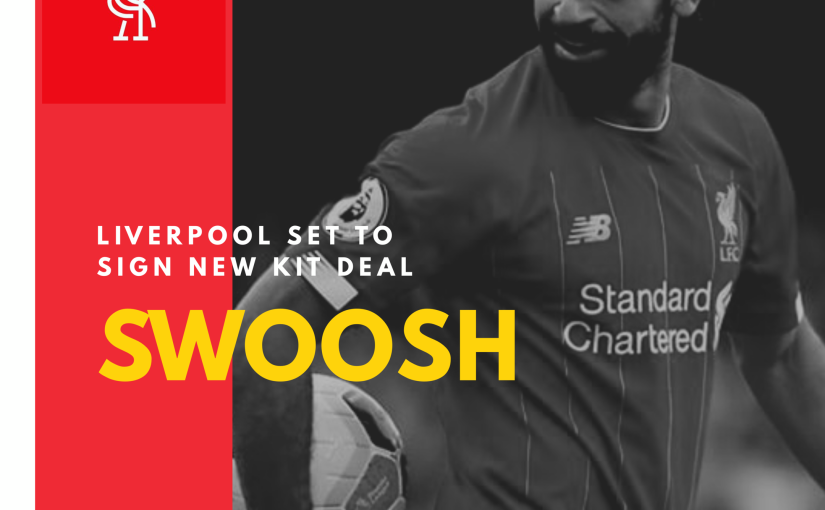 European Champions Liverpool Football Club are set to sign a new kit supplier agreement with Nike that is reported to be worth £75 million (€84.8 $93.2).

This would match Manchester United’s 10-year deal with adidas and place the Reds among the top 5 clubs in the category of kit supplier deals. FC Barcelona currently has the largest kit supplier agreement at €113.5m with Nike.

This after the London Commercial Court dismissed New Balance’s complaint for breach of contract in a dispute that centred over “matching rights” contained in the kit supplier agreement between New Balance and Liverpool which expires at the end of this season.

Court Sides With Liverpool In Action Brought By New Balance